DIA Profiling is recommended for <20 µg or when TMT is not an option.

It’s a little hard to wrap your head around, but essentially you fragment all peptides in a certain mass window, (4Da, 25Da typically), and then you extract the Y and B ions you expect for all theoretical peptides in that window and then see if they line up by retention time. If they do, you score them and say they are identified and then you quantify the peptides by integrating the area of those y and b ions over time.

This differs from traditional DDA (Spectral Counting or  LFQ) where you isolate individual the peptide ions (or at least try to) and then fragment them separately. DDA is stochastic, you will get a slightly different set of peptides every time you do the experiment) DIA is the same every time. Hence you are able to sample the peptides more consistently and your CV’s are much better for the quantitation. DIA is generally considered a little less sensitive than DDA I think. Although from my experience, i’m not certain . The quantitative ability blows spectral counting out of the water.

DIA also works a lot better on our current instruments (due to the cycle speed) and we only have 1 of these so your turn around time will be slower.

TMT-labeled Profiling is recommended for >20 µg or single-cell proteomics.

I know, protein amounts over 20ug or single cell proteomics? How can this be ? Well first we really can’t do proteomics on single cells, but it is possible with TMT to use one of the tags as a carrier sample. This does two really cool things, it helps your proteins get into the Mass spec and not stick to your tube,  and it amplifies your signal so the MAss spec will trigger on the peptides and fragment it

We do TMT analysis quite frequently and are getting better at it all the time  . Currently we can combine TMT experiments so that we can do multiple 10 plexes according to this method.

Here is a presentation of a dataset we did recently. The author of the above publication helps us with the analysis. Make sure you read the notes as most of the detailed info is located there.

Also with our new Fusion Lumos we routinely do MS3 TMT 10 or 11 plex’s. We currently recommend 10 plexes with MS3 over 6 plexes with MS2

Straight forward and relatively sensitive to protein expression differences but can suffer from  sketchy accuracy and dynamic range. Basically it will tell you if your protein is up regulated or down regulated and give you some estimate of the amount (expression ratio 0.1, for example.) I would be surprised if it could determine a 30% up regulation from a 60% up regulation. It still gives decent data and can be generated on our older instruments (Q-exactives).

LFQ, Area Under the Curve and  dMS. All use the  areas from extracted ion chromatograms s (XIC’s). An XIC is basically a plot of the intensity of  a particular m/z (mass over charge) over time. So say plot the m/z  496.2867 (the plot on the right) plus or minus some m/z that represents the wobble (eg accuracy) of the mass spectrometer you are using. You then integrate that area and come up with a number (hence AUC). This number (usually its very large) can then be used to compare against the same AUC from the same XIC (sorry for all the 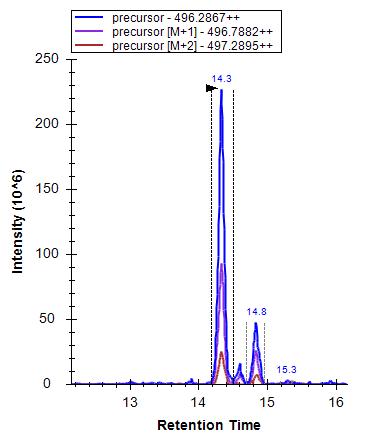 acronyms !) from another sample. You can use a large number of different statistical analysis on these numbers. AUC is usually done only on peptides you identify using MS/MS so it works backwards from dMS (below). You identify the peptides first and then extract the areas of the peaks and look for differences.   dMS is similar but the order you do the tests is flipped. With dMS you generate AUC’s for every possible signal (peptide hopefully) you see in the entire LC-MS/MS run and then compare all of them using something like a t-test and sort for differences. If any of the signals that is different has an MS/MS spectra that identifies it as a peptide then you have just identified a peptide that is different in your different samples. If it doesn’t well….you are generally stuck….This is pretty clever, but implementing it correctly seems to be very difficult to do + a lot of the software that does this is commercial and very expensive, or does not work all that well. The problem with these approaches is that they are heavy dependent on accurate retention time (even after alignment warping) and gets confused a lot of times as the matrix we are dealing with is incredibly complex . dMS sounds great in theory, but it has not really caught on due to these issues. A few people can do it well…     A easier and far more practical approach  now that high resolution instruments have become common place is to combine spectral counting with either AUC analysis on the same data or use the spectral counting data to generate an inclusion list method (only generate MS/MS spectra on select m/z’s)  or a targeted MRM method.

These are mixtures of 100’s or even up to 1000 heavy isotope labeled peptides that map to 100’s of proteins. These peptides are used as internal standards either for AUC on MS data or MRM QQQ analysis. Usually these peptides are chosen carefully and the assay is validated to some extent to make sure the peptides behave linearly over a wide rage of concentrations. Choosing the peptides and validating the assay can take 100’s of hours and cost thousands of dollars. There are only two places that I know that do this

If this is something that interests you , let me know. I can see about getting one up and running here, or purchasing a TPA assay like Spiketides set for tumor associated antigens . All I need is the  interest from people on (or off) campus

We have done this in the past and can generate the data for it. Just let us know if it interests you.  The data in this paper was generated in our facility. I personally do not like SILAC…It makes the MS1 space way to complex and it’s difficult to pick out SILAC pairs that have low s/n.


Please do not use US Mail to send samples as they will likely be delayed, potentially affecting the quality of your sample. 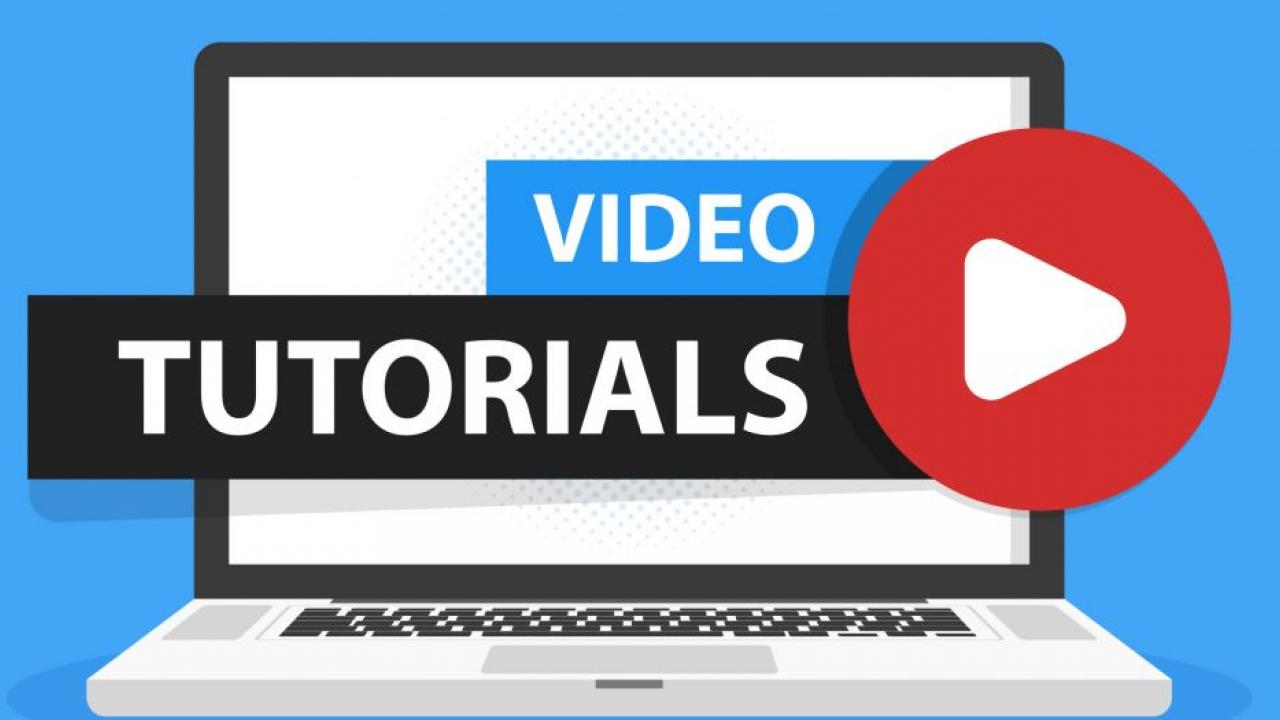